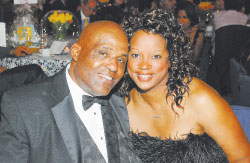 The Women of Wealth Magazine is in Airports around the Nation, including LAX, Texas, Miami, and Atlanta.  Magazines are also in Barnes and Nobles, Books a Million and other National Bookstore chains.  The WGP Summit was created for the purpose of giving high praise to women and men with influence who provide service to the communities they operate in and serve as as role models and mentors to the nation thereby giving back to the society that we all embrace. It is the biggest multicultural/diversity event of its kind and is an amazing platform where women and men from all over the world come together yearly to meet, connect, play, and share knowledge and resources.

Portions of the Monies raised at the Summit is to support the Women Of Wealth Magazine Educational Foundation, where the mission is to give educational grants or scholarships to women that desire to attend our very high end Summits and connect with people that can help them get to the next level.